It was a long, drawn-out death.  Painful to witness.  There was little we could do about his suffering. 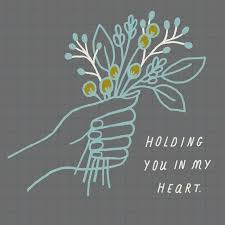 He had no health insurance.  Too outrageously expensive.

The groans.  So loud.  And agonizing.

I hate to admit it, but sometimes I would close the door so I didn't have to listen.

We did what we could to help with his pain.  When the wails became loud, about a year ago, we lightened his load.  Medium.  Then small.

By the end he could barely handle a gentle load.

Dave was the one who ultimately pulled the plug.  I couldn't do it. 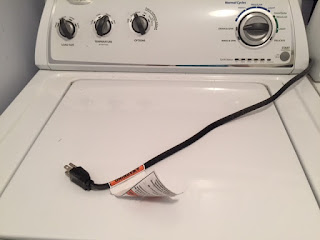 Now we have just our memories to help us get over the loss.  Actually, I believe that you never get over a loss.  You get through it.

Thank God we have so many good memories.

He was quite the trickster in his youth.

Like the time he dyed  my clothes pink.  (I shouldn't have yelled at him.)

And when he would hide socks.   LOL.  I never thanked him for inspiring me to develop the world famous  Nerdling Orphan Sock Prevention Program.. 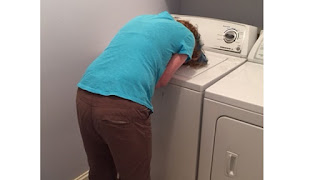 A new one is being delivered on Monday.  We've decided to try a front load washer this time, in hopes that she will live past 45.  (In washing machine years.)

As I was checking out of the Lowe's adoption agency yesterday, the clerk asked me if I would like to purchase health insurance.  I asked how much it would cost.

Hope she has better genes than her deceased siblings.
Posted by Lou Clyde at 12:08 PM No comments:

When the Groucho's Deli waitress brought my moose sandwich to me I took one look at it and knew I had screwed up.

See?  I may be old but I still remember my Roman Numerals.

I looked at the menu and quickly discovered my error.

"I messed up," I announced to Dave.  "There are 2 kinds of moose sandwiches and I ordered the wrong color.  This is the Brown Moose." 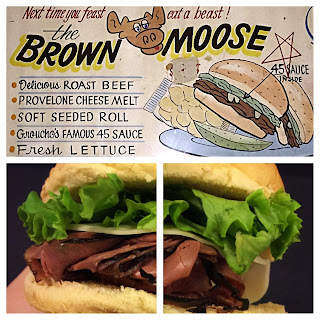 So I went to the counter and told Groucho Girl about my mistake and that I should have ordered the Pink Moose.  I had my moose within minutes.

I was halfway through my Pink Moose when Dave said, "That looks like ham.  Maybe you should have ordered the White Moose."

I stopped chewing.  I didn't know whether to swallow the pink moose in my mouth or spit it on the plate.  The pink glob went down my throat like a bowling ball.

I looked down at the plate.  OMG.  I had eaten half of a damn ham sandwich.

My stomach suddenly hurt.   And Groucho Girl was headed my way.

"Don't tell her," I whispered to Dave.

But Dave was having too much fun with my moose mess.

"She ordered the wrong moose," he told Groucho Girl.   "Again."

Dave and Groucho Girl enjoyed a laugh.  At my expense.  She offered to make me a White Moose, but I told her I was no longer hungry.

After all, I had just eaten half of a cute, little, piggy sandwich. 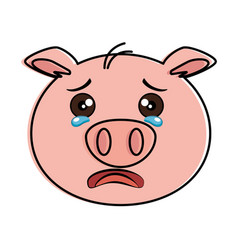 I hoped that I wasn't going to get ill.

It has been 38 years since I have eaten roast beef.

And III days since I last ate ham.

Which looks a hell of a lot better than 3.
Posted by Lou Clyde at 8:13 AM No comments: