Ever since my Rotator Cuff surgery I've had the pleasure pain of participating in Physical Therapy.  My PT Therapist, let's call him "Igor", is a great guy who genuinely wants me to get back to 100%.

However, his empathy for my low pain threshold, that is scientifically linked to my red hair and left-handedness, seems a bit insincere.  I get the sense that he thinks I'm a bit on the whiny side. 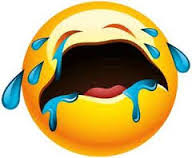 Which I just don't get.  I don't whine that much.  (For a debilitated left-handed redhead.)

We start each treatment with arm swings.  I bend over at the waist and place my right arm on the bed and let the injred arm hang limply.  Then I sway my hips back and forth, which kick-starts my left arm moving in a circle.  20 times clockwise.  20 times counterclockwise.

As a side note, Dave walked into the bathroom yesterday while I was doing my arm swings.  He stopped in his tracks, turned around and exited.  I heard him tell the dog, "Kevin. Don't go in there.  Your mother's doing something deviant." 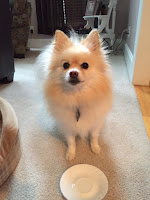 The worst part of PT is when Igor moves my arm FOR me.  I lie on the bed as he slowly moves my arm up and down.

And he forces it to go a bit higher each time.  It's called "Passive Range of Motion."

I noted a positive correlation between the intensity of my pain and my level of concentration on what Igor is doing to my poor arm.  The more I focus, the more it hurts. 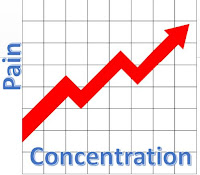 Each time Igor begins the Passive Range of Motion I begin my monologue.  Which has evolved into the random history of my life.

And it works!  The more I babble the less pain I feel.

"Igor, did I ever tell you about the time I suggested Linda dry her hair using the Gold's Gym hand dryer?  OMG it gave her the biggest dread lock I have ever seen.  It was  hysteric YOWZA, IGOR YOU'RE KILLING ME So once when I was going to a Bill's game I made a sign out of a sheet that said, 'Conrad you can hold me if you want.  I'll even let you score'. I hung it right in the end zone.  My Mom was so mad at me JUDAS CHRISTMAS IN JULY WHAT ARE YOU DOING IGOR? Did you like macaroni and cheese when you were a kid?  I used to put hot dogs in my kids Mac 'N Cheese to make it even less healthy FOR CRYING IN THE BEER IGOR I AM NOT GUMBY!  STOP! You know one time I did an experiment when I tried to start a pair of Dave's underwear on fire on the driveway using a Barbie roller blade.  It didn't work.  Turns out that what I thought was hairspray was dry shampoo.  Imagine that! HOLY STINKIN' COW, IGOR!  HOW MUCH LONGER?  Did you ever cook a turkey, Igor?  There's a scene in Heck the Dolls with Chardonnay where Becky's cooking her first turkey and she thought the turkey neck was a penis.  And then her husband wants a sandwich so she sticks the neck between 2 pieces of bread and gives it to him.  And hs says it's great and that he loves the texture of the meat.  Igor?  Where'd you go?"

I hadn't even noticed that Igor had walked away and was writing something in his notebook.

I'm not sure what he was writing in his notebook.  I would hope he'd be entering notes about the amazing progress I've made.

And not a referral for a mental health professional.

Because I don't need one.

What Baby Boomer doesn't recall the fun of picking his or her token at the start of a childhood Monopoly game? 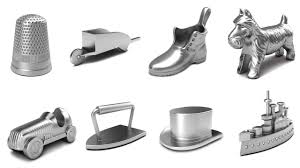 My sisters and I would argue over who got to be the Scottie Dog.  My brothers would go to the mat over the Race Car.

But nobody wanted to be the Iron.  The Iron was lame.  In fact, Hasbro replaced it with a cat in 2013.

Now Hasbro is sponsoring Token Madness, a contest to come up with a new, more relevant set of Monopoly game tokens.  In addition to the Scottie dog, top hat, car, thimble, boot, wheelbarrow, battleship and cat, there are 56 options that the public can vote on here.
As you can see, Hasbro has provided some "interesting" new options.  I can just imagine making my way around the Monopoly board as a Bunny Slipper! 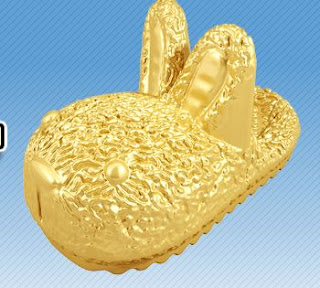 Or passing GO as a Sliced Bread token. 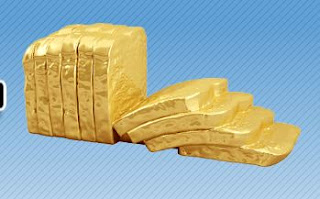 Have the Marketing geniuses at Hasbro lost their minds?  Where's the wine glass? The Pop Tart?  The tap dance shoe?

Come on Hasbro!  Why do you have to pre-select the options anyhow?  Why not let the public come up with ideas?

Hasbro is afraid of the public.  And their collective sense of humor.

Like when the public voted to name a Humpback Whale in a 2007 Greenpeace internet poll Mister Splashy Pants. 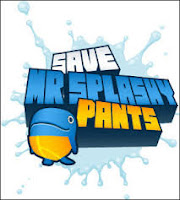 Then there was that Dub the Dew contest in 2012 where an Italian restaurant launched a campaign to choose the name for their apple-green soft drink.  They had to cancel the campaign when the winner was "Hitler did nothing wrong."  The 1st runner up was "Diabeetus".

Yeah.  I guess I'd have cancelled that campaign, too.

But my favorite public poll gone awry was the contest to name an expensive polar research vessel.

And I'm kind of bothered by the fact that they decided not to name the $300 million Antarctic boat Boaty McBoatface. 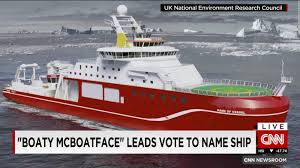 It won fair and square, right?

I suppose that's why Hasbro pre-selected the 64 tokens included in the Great Monopoly Token-Off.

But guess what, Hasbro Marketing Geniuses.  There's a downside to your chicken-ass business decision.

We will probably never hear these words in an American Living Room.

I was taking a walk with Kevin on Christmas day when I noticed them: the two kids riding brand new bikes down the sidewalk.  The boy was about 8.  His sister no older than 6.  They made me smile. 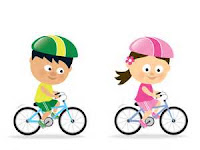 Bikes under the Christmas tree.  A rarity in this day and age of electronics and gadgets that have proliferated the shopping season.

These kids were getting exercise rather than sitting around on their butts, playing on some expensive new devices.

My smile broadened as they got closer.  Clearly the offspring of outstanding parents.  Parent who understand the importance of exercise and helping kids develop healthy lifestyles. 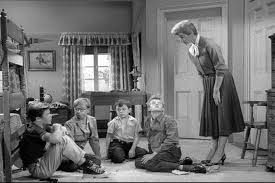 I didn't see her.

"Turn around at the bus stop," she said loudly and clearly.

What?  Where was she?

As the little girl approached me on her bike she said, "Mom, can I go with Brice?"

I looked around again.  What was she, Casper the invisible mom?

And from the iWatch on the girl's left arm came the response, "Okay, but be careful."
Posted by Lou Clyde at 3:39 PM No comments: