The director's email told me that I would have an additional small role in the play.  I would now be playing "The Man", who had two lines in the show.  Seven words.

Not a problem for me.  The more parts the merrier as far as I'm concerned.  But then I got her email. 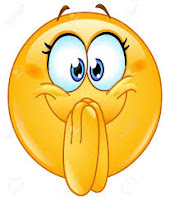 By this point I was close to peeing my pants.  From my Va-jay-jay.  Not from my man part.

It would be one thing if this director was humorless, but she has a great sense of humor.

Me- Never  mind.  Thanks for giving me my man part.  Should I talk to the costumer about getting my jock strap?
Posted by Lou Clyde at 4:21 PM No comments:

Email ThisBlogThis!Share to TwitterShare to FacebookShare to Pinterest
Labels: man parts, The Man Who Came to Dinner, theater, theatre

I had a mission to prepare for.  DHEC needed my help.

To prevent an outbreak of West Nile Virus.

Amazing!  What a fantastic opportunity.

Truth be told, I've always been envious of my friends and family who work in the Medical profession, whose work is so meaningful.

They can save people's lives.

But now I can save lives, too!  Me!  I can help DHEC prevent the outbreak of West Nile Virus!

All I have to do is submit freshly dead Crows, Blue Jays, House Finches, or House Sparrows.

I can do that.

Let's forget about the fact that I can barely pick up an overripe banana without gagging.

But I'll get over it.  I have to eradicate the West Nile Virus.

I went to the DHEC website for more information about my dead bird hunt.

They don't want birds with missing eyes or maggots.  (Repressing a gag).  I'm good with those rules.

I searched for instructions on how to actually "collect" the specimens.  They suggest you wear gloves.

But I don't need no stinkin' gloves.  I have my pick-up stick left over from my Rotator Cuff surgery.

I rehearsed with Kevin's toy raccoon and it worked like a charm.  Perfect for my dead bird hunt. 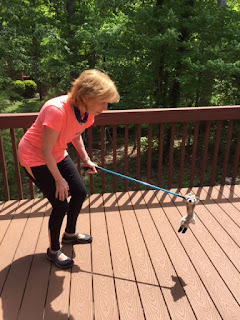 I, Lou Clyde, will be the Best. Dead. Bird. Collector. EVER.  And I will make the world a better, safer place.

I returned to the web site.  DHEC instructed collectors (like me!) to put the freshly dead bird into a clear plastic bag. 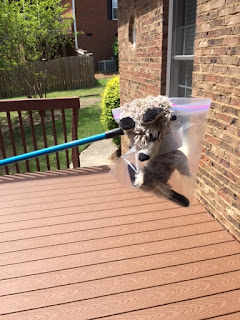 DHEC said to keep the bagged bird in your refrigerator until you can deliver it to them. 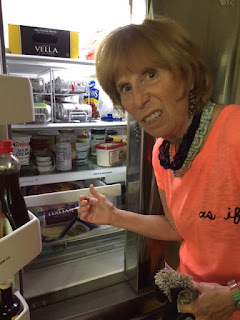 (No longer able to repress gag.)

Better Left In the Dark

I don't want to know.

It’s really better that way.
Even if I did crawl all over him in my Ambien induced state, it’s really his own fault.  After all, his elbow was intruding into my seat.  And one of his impossibly long legs was splayed in my 15-inches of real estate. 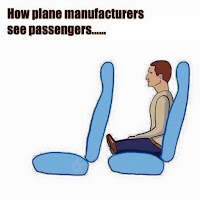 I have all the luck.  Asian men are supposed to be small.  Not only was I stuck in the middle seat on a 15-hour flight, but I was sitting next to an Asian Amazon.  A normal sized Asian man sat on my left, but his larger than life Asian elbow was also intruding into my space.
I was irritated.  And I wanted to sleep.

Before taking my Ambien, I thought back to my previous Ambien experiences.  One week earlier, on the flight over, word has it that my feet started making their way up the side of the plane wall.  I have vague memories of Kimmy scolding me when I hit a fellow passenger in the head.  I’m not sure I believe her,  but apparently one foot ultimately made its way between the seats in front of me and came to rest on the tray table in seat 45B.
Did I trust myself to take an Ambien with this guy’s leg right in front of my lap? 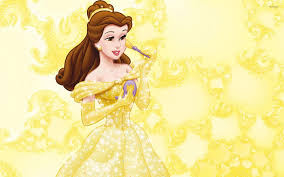 I thought back to the time I took Ambien on my flight to New Zealand.  I swore on my life to Kimmy and Luke that the Air New Zealand flight attendants changed into Disney character costumes and put on huge fun wigs when the lights went down.  I seem to recall telling flight attendant Belle that I had played a whisk broom in the Town Theatre production of Beauty and the Beast.
What would I do to leg-man if I took Ambien?
Oh, yeah.  There was also that time when I accidentally took an Ambien instead of my Synthroid while I was in Buffalo and drove my late sister-in-law to her Radiation treatment.  NO!  I did not kill her.  I did drive into a bush, though, before demanding Pop Tarts.
I thought about all of these Ambien experiences as I held the little pill in my hand.  Wine made it worse, of course.
Then I looked at that leg.  And his elbow.  And the other guy’s elbow.
And I took the Ambien.  With a wine chaser. 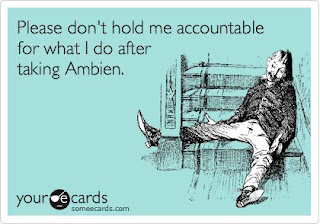 When I woke up six hours later, Leg man’s leg was no longer in my space.  He was snuggled up against the window.  Wearing a hood over his face.
There were no Asian elbows in sight.

Whatever I had done did the trick.

I'll never know what happened. But it's probably better that way.
Posted by Lou Clyde at 2:12 PM 2 comments:

When the Thai Beach Massage Lady, let’s call her “Sasithorn”, reached under my prone body to slip the sports bra over my boobs I was confused.  What was she doing?

Then she tried to jam my elbow into the bra’s armpit.

It appeared she was intent on “slipping it off.”
No, Sasithorn! This sports bra does not slip off.  It has never slipped off.  And you can’t make it slip off.
Trust me.  I’ve tried taking it off over my head. It rolls up like a sausage, mutating into a boa constrictor the farther north it gets.

It is only exacerbated when my body is sweaty.  Say, like, when I’m on a beach in Thailand.
I started to giggle.  I had no choice.
Sasithorn was not about to give up, either.  The bottom of the sports bra was now resting above the girls and she was pushing my left elbow into my side in a valiant, yet hopeless attempt to remove that sports bra so she could begin my massage.
Since the only Thai word I knew was Chang, which is the brand of beer I had been drinking, I could not tell her that she was headed in the wrong direction.  The only way to get that sports bra off was to pull it down.  Over my hips.
By this point I was shaking with laughter.
But Sasithorn was steadfast.  She tried my right arm.

Unsuccessfully.
I thought about taking the sports bra off for her, but that would have required me to stand up and remove it by stepping out of it.  And considering that the bra was situated above my boobs, I opted to remain face down.
So I giggled some more.
Sasithorn eventually gave up and began my back and shoulder massage.  And it did not take long for me to realize that a Thai Beach back and shoulder massage on a recently repaired torn Rotator Cuff was a big mistake.
On a scale of 1 to 10 where 1 was no pain at all and 10 was having your toenails removed by a beaver, this was a 10. 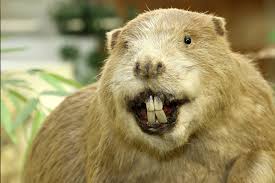 Okay, maybe I am exaggerating.  Beavers have big teeth.  It was a 9.
At one point, while I was writing my will in my head, Sasithorn casually reached underneath me and pulled my sports bra back in place.
Which got me giggling all over again.
After what seemed like three days, my one hour massage was finally done.  Sasithorn tapped me on my injured shoulder and motioned for me to flip over.  I sat up and attempted to adjust my sports bra, but it was pretty much glued to my body after all that action.
I paid Sasitorn, said since I didn’t know how to say, “Thanks for the blog topic,” I simply said “Chang”.
Posted by Lou Clyde at 7:01 PM 1 comment: