It really wasn’t the most appropriate breakfast conversation on the cruise.  But it was fascinating.

The woman at the end of our table – let’s call her “Celeste” was talking animatedly.  Was I hearing correctly?

An amputated toe?  In a drink?

She called it the Sourtoe Cocktail.

Although I hated to call attention to my eves dropping, I had to ask.

Excuse me,” I said.  “Did you say that you drank a cocktail containing an amputated toe?”

“Uh-huh” said Celeste.  “They serve it at a bar called The Downtown Hotel in the Yukon."

“A human toe?” I asked, as if the toe of an orangutan would be any better. 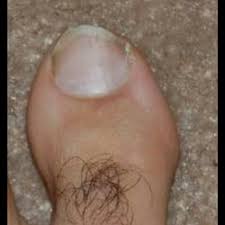 Then she added, "And if you drink the whole drink you get a certificate.  But the toe has to touch your lips."
I  gagged.

I mean, it’s one thing if you were enjoying an adult beverage in your back yard. And someone chopping wood while barefoot accidentally chopped off his toe sending it reeling through the air, landing in your drink.  And you took a sip without realizing it was there.

But these people Do. It. On. Purpose.

“And you paid for this drink?” I asked.

I wish she had stopped there.

“But if you swallow the toe they charge more.”

I looked down at my breakfast sausages.  They were beginning to lose their appeal.

“Does that ever happen?”  I asked, aghast.

Celeste informed me that it has happened more than once.  The fine used to be $500 until somebody SWALLOWED IT ON PURPOSE.  Now the fine is $2,500.

Guess swallowing a toe was on someone’s bucket list.  Somewhere between getting his eyeballs poked out by ravens and watching Donald Trump pole dance in a thong.

Celeste told me that The Downtown Hotel keeps a “back up toe” for these occasions.  Over the years they have received nine donor toes.   One was delivered in a jar of alcohol with the message, “Don’t wear open-toe sandals while mowing the lawn.”

At this point I decided I was done eating and placed my napkin atop my partially eaten sausages.

As you might expect, amputated toes are hard to come by and after the most recent accidental toe consumption, the Downtown Hotel placed the following newspaper ad: 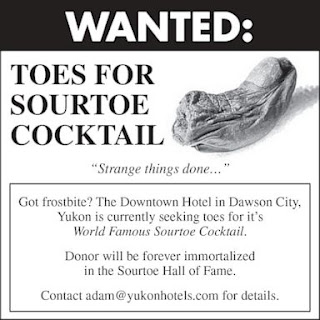 This ad is lacking specificity.  There is no mention of which toe would qualify.

I would assume that the big toe would be preferred, as that would minimize the chances of swallowing said toe.  But it also seems to me that the market potential for amputated toes would be significantly larger (by a factor of 5) if they broadened the target market. 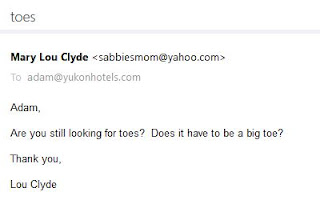 (Adam hasn't responded to my email yet.)

I had a flashback.

When Linda was a baby she had a hair tourniquet around her "tall man" toe from strings hidden deep within her footie pajamas.  It took a trip to the doctor to figure out why she WOULD NOT STOP CRYING.

I nearly had an donor toe.

Oh, well.  It's irrelevant.  She kept her toe.  And if she hadn't the doctor probably would have kept it.

But I did keep some baby teeth.  And hair from her first haircut.

Which gives me a scathingly brilliant idea.

After Javier welcomed us into his cab he said, “My English not very good.”

He started out by asking where we were from.  “South Carolina,” I said.  “Are you from Roatan?”

He then told us that the Roatan is part of the Honduras.  He also noted that it is the largest of the Bay Islands and is 77 kilometers long.

I asked Javier how wide the island was and he said, “The average temperature is 87 degrees.  The rainy season is from October to February.”

When I asked if the island ever got hit by hurricanes Javier told me that there is an airport and that Delta and United both fly in and out of Roatan.  He added that it’s a short 30 minute flight to Tegucigalpa, the capital of the Honduras.  When Dave asked how much the flight cost, Javier told him it took 6 hours by boat.

When we drove by a building that looked like a school I asked, “Is that a school?”  Javier said “Yes, a lot of people zip line in Roatan and it is very safe.”

Thankfully Javier understood the word “monkey” and got us to the nature center where we were able to “interact” with monkeys.  (i.e. monkeys jumped on my shoulder and scared the living @$%# out of me.) 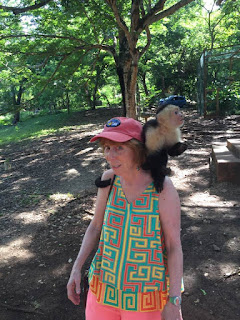 After we got back in the car Javier ask how we liked the monkeys.  I said, “Yes.  I was in The Addams Family and did a kick line with a bunch of dead ancestors.

The three most commonly spoken words from the mouth of my sister Jan: “Want a bite?”

Any time she’s eating.  ANYTHING.  She offers ANYONE AROUND HER a bite.

You don’t even have to say, “Jannie, that brownie looks delicious.”  Even before taking her first bite she’ll attempt to hand it to you.  “Want a bite?”

Nor does it matter how unsharable the food is.  If she’s eating soup she’ll offer you her spoon.

She is really not worried about germs.

Jannie’s generosity does not stop at food.

In fact, her fourth most commonly spoken word is ”sip”.  And it doesn’t matter what she’s sipping: Diet Pepsi. Orange Juice, Alka-Seltzer.

Others may find it unsettling.  I find it endearing.

The other day at work one of my co-workers (let’s call her “Kim”)  picked up a caramel candy that was in a candy bowl in a conference room. 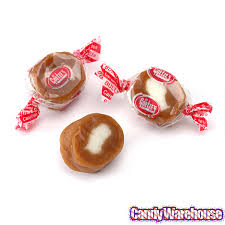 “I love these things,” she said.  “Jean and I share them all the time.”

I looked at the one inch diameter candy, confused.

I’m not sure Jannie had ever offered me a bite of anything that small.

I tried to imagine Kim and Jean sharing the candy without sharing germs.

They're not even related.

Kim went on, “Jean really likes the white inside and I like the outside caramel part.”

“It works out perfectly,” she added.

“You see, that way we only have to eat the parts we really like!”

And I realized that maybe I’m the one who’s abnormal.

I’m turning a new leaf.  My drink is your drink.  My food is your food.   My caramel candy is your caramel candy.

As long as it’s over 1 inch in diameter.
Posted by Lou Clyde at 6:35 PM No comments:

After cutting up a banana to put on my cereal last weekend I was exhausted.  Too warn out to lift my spoon.

So I made the decision right then and there. To invest in kitchen appliances that will make life easier for me.  Like a banana slicer.

I went right to Amazon and quickly found the Hutzler 571 Banana Slicer. 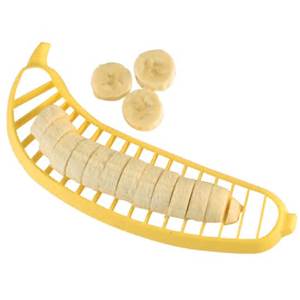 The product benefits are many.  It’s faster, safer than using a knife, is dish washer safe, and great for cereal.  (Although I’m not sure how cereal fits into the contraption.)

I still had so many questions about the Hutzler 571 Banana Slicer.  Like, how, exactly, does it work with cereal?  Before investing in the appliance I did my homework, and studied the questions posted by other Amazon shoppers.  And I’m so glad I did!


There are actually hundreds of questions posted and answered.  I selected a sample of some of the most helpful.

Q: A friend used my H571 to slice a few bananas but accidentally sliced too many. Is there any reverse mode to unslice them? The manual is not helpful.
A: That is exactly why I hired a Hutzler 571 personal tutor. I found the manual to be too complicated to troubleshoot this sophisticated device.

I am not going to let the inability to un-slice scare me away.  But the next question was extremely relevant for me, being a leftie:


Q: Is there a model for left-handed people?
A: Since I am left-handed I have found that using a mirror is helpful. I tried doing it behind my back, but missed the mystery and excitement of watching the slicing.

As usual I'll have to adapt to a right handed world.
Q: Should I purchase the extended warranty?
A: I did. It seems expensive on first take, but the first time you leave it in your driveway and accidentally back over it, you'll be relieved. I sure was.

I hadn't thought of that.  Or this:

Q: I'm planning a trip to Europe. Does anyone make a 220-volt converter for the Hutzler 571?
A: Don't bother taking it. Does not work on metric bananas.

I guess I'll leave it home if I travel abroad.  This was my personal favorite:

Q: How much weight will the Hutzler 571 hold if used as a small ladder?
A: Once received, if you read the manual...you'll see that it clearly states "Do Not Use As Ladder".

After reading the Questions and Answers I was convinced.  I ordered my Hutzler 571 Banana Slicer. 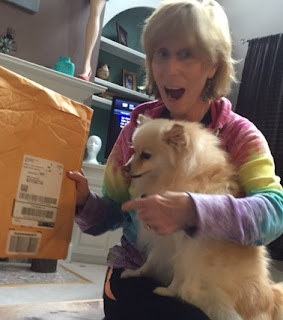 I was shaking with excitement as I opened the package, peeled a banana and sliced it.  Without breaking a sweat. 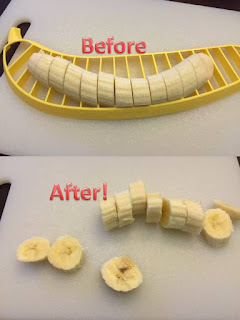 I was THRILLED with my new appliance. It will probably extend my life by..hours!

It was worth ever cent I invested in it.

And I realized that my  drinking buddies might enjoy playing on my new appliance.  Which means ONE OF THE AMAZON ANSWERS WAS WRONG! 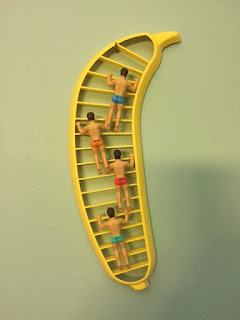